Who Does Tesla Work For

Is Tesla to blame for Statistics or merely a piece of them?

Are they deserving of all the recent media scrutiny?

This is a blog about the facts, and the Media's "negativity bias."

Here are the facts:

Prior to this first unfortunate death (my sincerest condolences to the family), Tesla's Autopilot had successfully, safely driven owners and their families 130 million miles.

Among all vehicles in the U.S., there is a fatality every 94 million miles.

Worldwide, there is a fatality approximately every 60 million miles.

As a frequent user of Autopilot, I can tell you, it makes me a safer driver, as it keeps me in the lanes when I'm groggy or distracted.

So where are the front-page media stories about how Autopilot "saves lives"?

The press has a bias towards negativity.

Because we pay 10x more attention to negative news vs. positive news, negative headlines sell newspapers and attract eyeballs for their advertisers.

As a result, stories are many times misconstrued and exaggerated.

Technology companies often suffer the worst of this misrepresentation, as technology, by nature, can be complicated, difficult to understand and frequently disrupts the establishment.

After Tesla released a letter detailing the conditions around the first fatal Autopilot crash, thousands of angry articles began to spread across the Internet – literally a feeding frenzy of articles raising concerns for the future of driverless cars, and most lambasted Tesla for their efforts in releasing Autopilot to the public before it was ready, insisting that this incident should force us to "reassess" driverless cars … here are a few high-profile examples:

As Elon succinctly put in a tweet to Fortune magazine, the "BS article increased your advertising revenue. Just wasn't material to TSLA, as shown by market."

Let's Look at the Data…

In the Tesla incident, many of the articles described Tesla's Autopilot as "deadly" or "dangerous."

The reality is, when you look at the numbers, driving with Tesla's Autopilot on is actually SAFER than driving without it, or in a car that doesn't have it.

As Elon also tweeted to the press: "If you care about auto deaths as material to stock prices, why no articles about 1M+/year deaths from other auto companies?"

Oh yeah, and besides the fact that Autopilot makes driving safer in general, it should be mentioned that the Model S and Model X actually have the lowest probability of injury of any car ever tested by NHTSA (the National Highway Traffic Safety Administration).

How Does Autopilot Work?

Tesla's Autopilot was a software upgrade to the Model S that allows the vehicle to use its unique combination of cameras, radar, ultrasonic sensors and data to automatically steer down the highway, change lanes, and adjust speed in response to traffic.

The dashboard inside a Tesla vehicle (Source: Tesla Motors)

The Model S Autopilot uses 12 sensors on the bottom of the car — six in the front and six in the back.

It uses a front-facing camera next to the rear view mirror. It also has a radar system under the nose of the car that senses what's in front of the car.

And critically, all of the data processed by these sensors is fed back to a central hub so that all Tesla cars can learn from it, called Fleet learning.

The data is aggregated (anonymously) into maps that let the central Autopilot system see the precise paths that cars take, and don't take.

"Each driver is effectively an expert trainer in how Autopilot should work," Elon explained, and the network of Tesla vehicles is constantly learning more about where cars do and don't actually travel.

Thus, the system's capabilities "will keep improving over time, both from the standpoint of all the expert drivers ... training it," he said, "but also in terms of the software functionality" -- which will add new features.

This is so important I need to restate it: With every single mile driven, the cars get safer and safer.

As Tesla reports, "As more real-world miles accumulate and the software logic accounts for increasingly rare events, the probability of injury will keep decreasing. Autopilot is getting better all the time, but it is not perfect and still requires the driver to remain alert. Nonetheless, when used in conjunction with driver oversight, the data is unequivocal that Autopilot reduces driver workload and results in a statistically significant improvement in safety when compared to purely manual driving."

Implications for AI & Robotics – This Isn't the First:

Truth be told, this technology actually makes our lives better on so many different dimensions, but we tend to fear what we don't understand.

For example Animal/Human Cloning, are we playing God and if so what are the implications? To generalize it's safe to say that most of us have a degree of apprehension about this process and it's largely due to what we don't know about it. I mean seriously, it could be our place in this existence to evolve to a state where we do this very thing with regularity but with out my crystal ball I'm just going to have to wait and see as it unfolds around me.

In the near future, as we see AI, robotics and other technologies entering further and deeper into our lives, it will be responsible for raising everyone's standards of living, making our lives easier, saving lives…

But as we see the first deaths occur, much of society's gut reaction is to reject the technology, rule it out, or dismiss it as 'not working' or dangerous.

While some make efforts to shut it down, rarely do regulatory bodies make an effort to measure the HARM done by shutting down the tech.

Sure, we could shut down efforts for autonomous cars, and in so doing continue a 33,000 annual death rate per year… but that would be immoral and irresponsible. Or we can embrace the technology and drive the death rate towards zero.

Technology is hard, but it's worth it.

It's likely in 20 years that we'll look back on those days when we gave a 17-year-old kid with less than 20 hours of experience control of a 5,000-lb. vehicle speeding along at 65 MPH as a somewhat insane practice.

I'll take an ever improving machine learning algorithm over kid with a learners' permit any day. 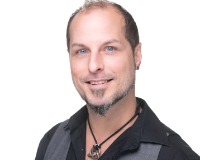