In a widely anticipated move, newly appointed Federal Reserve Chairman Jerome Powell on Wednesday announced a modest benchmark interest rate hike of between 1.5 percent and 1.75 percent amidst continued optimism over economic growth in 2018.

In the first of what economists predict will likely be three adjustments in 2018, the Fed called for a 25 basis point increase, and a fed funds rate of 1.63 percent, at the conclusion of the Central Bank’s two-day Open Market Committee meeting. The new benchmark rate is the highest since September 2008, near the beginning of the housing crisis.

“Information received since the Federal Open Market Committee met in January indicates that the labor market has continued to strengthen and that economic activity has been rising at a moderate rate,” according to a statement issued by the Fed on Wednesday. “Job gains have been strong in recent months, and the unemployment rate has stayed low.”

Powell said median projections for inflation now stand at 1.9 percent this year, 2 percent in 2019 and 2.1 percent in 2020, all within the target rate of 2 percent.

“In making our policy decisions over the next few years we will continue to aim for inflation of 2 percent while sustaining the economic expansion and a strong labor market,” said Powell during a press conference on Wednesday. “In the committee’s view, further gradual increases of the federal funds rate will best promote these goals. By contrast, raising these rates too slowly would raise the risk that monetary policy would need to tighten abruptly down the road, which could jeopardize the economic expansion.”

The movement of the Fed rate — up or down — can put pressure on mortgage interest rates, which often follow the lead of the 10-year Treasury note, otherwise known as the “long bond.” Freddie Mac’s Primary Mortgage Market Surveyreports the average 30-year fixed rate hovering at 4.44 percent, but Wednesday’s benchmark rate hike has already been folded into current mortgage rates, Greg McBride, chief economist of bankrate.com, told USA Today.

Current rates are still considered historically low compared to pre-recession levels. In the year 2000, for example, the average 30-year fixed rate stood at 8.21 percent, and in 2007 it hovered at 6.22 percent, according to Freddie Mac. But Steve Rick, chief economist of CUNA Mutual Group, also said in an interview with USA Today that additional increases throughout the year could push the 30-year fixed as high as 5 percent by December.

Research from Zillow issued Wednesday suggested that such a hike could lift costs associated with buying a home in nearly 20 metropolitan markets above historical averages.

“If mortgage rates reach 5 percent by the end of this year, and assuming home value appreciation over the course of the year in line with Zillow’s forecast, almost half of the nation’s 35 largest markets will be less affordable than they were historically,” wrote Zillow Senior Economist Aaron Terrazas in a statement issued Wednesday ahead of the rate hike. “If rates reach 6 percent – near the upper end of forecasters’ expectations – homes in 20 of the country’s 35 largest markets will be less affordable than historic norms.”

Ruben Gonzales, an economist at Keller Williams, said alarm over inflation could lead to increased volatility in mortgage rates and steeper hikes later this year. Nonetheless, he forecasted that historically low inventory, not higher rates, would have more influence over the housing market, thus allowing wiggle room for more adjustments in 2018.

“We believe that limited supply is likely to remain the predominant factor restricting home sales this year, and that there is some room for higher mortgage rates before the sales pace of existing homes is substantially impacted,” said Gonzales in a prepared statement. “We are currently projecting existing-home sales for 2018 to be even to slightly below 2017 sales.”

Lawrence Yun, chief economist for the National Association of Realtors, said potential homebuyers should be prepared for mortgage rate hikes over the next several years, but added that increased construction of residential housing in the near-term could help balance rising housing costs.

“The tight labor market will hurry-along the Fed to raise rates,” said Yun in a prepared statement. “Housing costs are also rising solidly and contributing to faster inflation. The one thing that could slow the pace of rate increases would be to tame housing costs through an increased supply of new homes. Not only will more home construction lead to a slower pace of rate hikes, it will also lead to faster economic growth. Let’s put greater focus on boosting home construction.”

The rate hikes are the first since the departure of Janet Yellen in early February. Nominated by President Barack Obama to succeed Ben Bernanke in 2014, she helped guide a fragile economy following the Great Recession by deploying fewer interest rate increases than many of her predecessors to offset high unemployment at the time.

Powell, a member of the Federal Reserve’s Board of Governors since 2012 and currently the Central Bank’s 16th chairperson, is largely viewed as a moderatewho would carry on Yellen’s legacy while favoring legislation that would roll back post-2008 banking regulations.

Powell is the first Fed chair in four decades without a degree in economics. Prior to joining the Board of Governors he served as a clerk in the United States Court of Appeals for the Second Circuit in New York before diving into private practice at the investment bank Dillon, Read & Co. and, a decade later, the Carlyle Group. Along the way, he was appointed to the Treasury Department by President George W. Bush and worked at several high-profile private investment firms before being nominated in 2012 to the Fed.

In his first comments since his appointment as chair, Powell spoke cautiously about Trump administration trade policies when asked by reporters, steering away from controversial economic views by the president in recent months including the enactment of lumber, aluminum and steel tariffs.

“First, there’s no thought, I think, that changes in trade policy should have any affect on the current outlook,” said Powell. “The second thing I would say is that a number of participants reported in their conversations with business leaders around the country that trade policy has become a concern going forward for that group.” 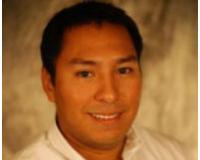 A native Austinite, Carlos grew up in South Austin and wouldn’t dream of living anywhere else. He is admittedly biased to the South Austin lifestyle, though he loves helping friends in all areas of ....