Could Millennial Homeownership Be On The Rise

The news has been all gloom and doom when it comes to millennials' low rate of homeownership. Just last week, we wrote about how the fear of commitment of buying a home with a partner could be one of the reasons many younger folks don't own the roof over their heads—along with rising prices, high student debt, and hard-to-get credit.

Of the older millennials, ages 30 to 33, more have become homeowners than were before the crisis. Those ages 28 and 29 are almost back to the same level of homeownership that they had in 2006.

Let's be clear: The report looked at cohorts, which are the same groups of individuals over time. When looking at general homeownership rates, instead of the same group of buyers over time, fewer younger folks owned homes in 2014 than they did eight years earlier.

"There's just been such a drumbeat of bad news about homeownership rates falling for young millennials," says Patrick Simmons, a director of strategic planning at Fannie Mae. But "young adults still want to have that American Dream of homeownership. Finally, the environment is starting to turn around enough to enable them to actually do that."

That's because as individuals get older, they're getting married and having children, which often leads to the longing for a place to call one's own—maybe with a backyard! And the economy is faring better than it did during the crisis, he says, so many of these buyers are making more money and have more stable employment than they did in the dark days of the financial crisis.

"It's true a good share of millennials were missing in action during the early recovery—but not for lack of interest," says Javier Vivas, realtor.com®'s manager of economic research. "Older millennials, ages 25 to 34 in particular, have had a few years of steady income, enough to establish credit and save for a down payment, big impediments that still haunt younger millennials."

But fewer young people overall, only 36.9% of those ages 25 to 34 heading up their households, were homeowners in 2014—nearly 10 percentage points lower than in 2006, according to the Fannie Mae report

"There are definitely some impediments for millennials to move into homeownership," Simmons says. "The student debt [that many potential buyers are carrying] is certainly slowing down some millennials. [And] although credit accessibility [to secure mortgages] has been improving, when you compare it to what it was like around the turn of the century, it's still relatively tight."

In addition, there are fewer lower-priced, starter homes on the market for first-time buyers, he says. That's because many were bought up during the height of the foreclosure crisis by investors and then rented out. Builders are also erecting fewer of them as construction costs have risen over the past few years.

In addition, "a lot of young adults struggle to accumulate the down payment and closing costs they need to move into homeownership," Simmons says. "When they're paying so much income for rent, it makes it harder to save for buying a home."

"They're just going to do it at a later age," he says, adding that it's often when they get married and have two incomes to put toward a down payment and monthly mortgage bills. "Millennials will buy houses when they can afford them." 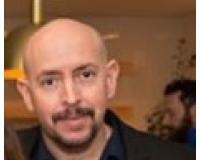