Please note that some of the 'facts' below have been proven false myths. An example is the duck's echo which does not echo (but proved that it does). 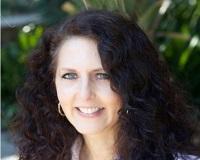 Could Rising Home Prices Impact Your Net Worth

Learn how to determine your current net worth and how an investment in real estate can help improve your bottom line.Among its many impacts, COVID-19 has had a pronounced effect on the housing.

Finding A New Home For Your Next Stage Of Life

Imagine the first place you lived as a young adult. Now imagine trying to fit your life today into that space. Not pretty, right? For most of us, our housing needs are cyclical.1 A newly

I absolutely love to patronize small businesses.A few months ago my neighbors, Jennifer and Ryan, started a small business selling sourdough bread. I tried it and was sold!This bread is delicious!